Suspense: Creating and Sustaining it

My long essay "The Importance of Suspense in Mystery-Writing: How Authors Can Create and Sustain It--And Why They Must" (which appeared in installments on this blog) is now available as a single, unified publication able to be downloaded free of charge on my personal website: http://www.robertdsutherland.com
Posted by Vergil at 10/29/2011 06:45:00 PM No comments: Links to this post

The 9 Best Mystery Books for Kids

Life is confusing for kids: Everyone’s taller than you are, you don’t know the rules, and most jokes go right over your head. The world’s one big mystery waiting to be solved, which might be why mystery stories have always had a special appeal for young readers. By jumping into books about underage sleuths, they get to identify with someone in a similar situation who’s also trying to figure out the world around them — and who gets to go one step further and actually solve the case. If you’ve got a young reader — or if you just want to relive a time in your life that was both simpler and endlessly complicated — give these titles a look.

Winner of the 1979 Newbery Medal, Ellen Raskin’s The Westing Game is that rare children’s book that talks up to its readers, not down. The plot revolves around 16 people at an apartment building who are gathered to hear the will of local eccentric millionaire Samuel Westing. The twist is that the will is a series of clues that divides the group into eight pairs who are each challenged with solving the riddles and figuring out who killed Westing. It’s a smart, occasionally spooky book that’s perfectly pitched at middle schoolers, and at under 200 pages, it’s a quick read.

Graeme Base’s animal illustrations are things of beauty, and his style made Animalia a work of art instead of just another book about the alphabet. The Eleventh Hour brings that style to a dinner-theater mystery aimed at younger readers that’s still a pleasant experience for older ones. The stakes are predictably low: The crime is a missing meal, not a mangled corpse. Still, the artwork makes it a good choice for early readers who are starting to show their curiosity about the world.

Another Newbery winner, Avi’s Windcatcher is a mix of mystery and adventure. It’s not quite the puzzle for readers that some of the other books on this list try to be, but that’s not really Avi’s goal here, either. The book’s a slender one even by YA standards (running maybe 130 pages) and its mystery comes in the form of buried treasure and lost shipwrecks. It’s a nice change of pace but still fun enough to get kids thinking.

The Maze of Bones is the first book in the series The 39 Clues, and though author Rick Riordan (the Percy Jackson & the Olympians titles) had a hand in developing the overall story, the only book he actually wrote is this one. The book is centered on the Cahill family, a world-famous clan whose members include everyone from Mozart to Napoleon. The story kicks off when two young members of the family are given a choice after their grandmother’s death: take $1 million and just walk away, or search for the 39 Clues and change the world. What makes the mystery-adventure so engaging is the way it blends books with online media, tying websites to plot lines. A great choice for tweens.

Published in 2007 (and followed by a pair of sequels), The Mysterious Benedict Society is a full-on novel for kids, running several hundred pages as it weaves a tale of gifted children who band together to solve a mystery and stop a villain from using his own gang of children to rule the world. The idea of a school for gifted kids is nothing new, but what makes The Mysterious Benedict Society work so well is that its heroes unite through brain and will power, not might or magic.

There have been more than two dozen Encyclopedia Brown titles published since the series started in 1963, and there’s nothing like the original for jump-starting a child’s puzzle-solving side. Donald Sobol’s books are engineered as mini-games for readers, and each "case" is brief enough to keep the pace from flagging. Generations have been raised on these books.

7 The Name of This Book Is Secret, Pseudonymous Bosch (ages 9–12)

Pseudonymous Bosch (real name: Raphael Simon) gets a lot of mileage in this fantasy mystery out of his sense of humor and commitment to making the act of reading a real experience. Most kids probably aren’t familiar with the idea of metafiction, but they know it when they see it: sly narrators talking about the story they’re telling, stories that become about themselves, etc. It’s Dr. Seuss, just dressed up a little. The Name of This Book Is Secret plays around with those ideas as it invites young readers to travel with a pair of children investigating a secret society, and it does so with such skill you can see why there have been three sequels to date.

Skeleton Creek is a nice mix of horror and mystery, or at least the type of horror that’s palatable to 6th graders. What makes the book so rewarding is Patrick Carman’s epistolary style, roping in blog posts and journal entries to complete the story. Clues and passwords used in one part of the book allow the reader to explore an official site that ties into the other part. It’s a smart idea and a great way to present a mystery to younger readers who might find fiction daunting.

Brian Selznick’s The Invention of Hugo Cabret was published in early 2007, and it’s the perfect children’s book for a generation that will be raised on mash-ups. Running more than 500 pages, the book is a mix of text and illustration that uses both to tell a story, and it’s that blend of picture book and graphic novel that makes the experience so enchanting. It’s a winning story, too, revolving around an orphan who lives in a Paris train station in the early 1900s and finds himself drawn to the clocks and gears that remind him of his absent father’s passions. A good read for all ages. 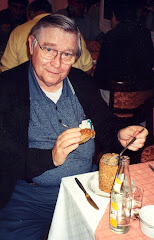 Welcome to mystery-writing—a forum for writers of mysteries and those who love reading mysteries. Whether voluntarily or in response to commentators’ questions, writers may discuss their processes of creation, what they enjoy about writing, the problems and challenges they’ve encountered in composing their works, notable experiences they’ve had in publishing, self-publishing, or promoting their works, and advice they would give to aspiring mystery-writers. (Topics might include strategy: character, plotting, pacing, internal conflict, point of view, misdirection, resolution, humor, symbolism, setting and atmosphere; and tactics: dialogue, pacing, withholding or revealing information, sentence structure, organization, tone, creation of suspense and forward drive, economy, and tact (saying just enough, and not drawing conclusions for the reader).
In addition to dialoguing with authors, readers of mysteries may post criticisms or appreciations of specific books, series, authors (including authors who are participants on this site). They should avoid gushing praise (“Gee, I really liked your last book!” [But: Why was it likable? Comments should be of use to writers in the development of their craft.]. The forum is not a fanzine.) Likewise, they should avoid unsupported put-downs: “(I think) Miss Marple is a boring twit!” (So what? Who cares what the critic thinks?—unless s/he gives reasons for thinking it. What specifically made Miss Marple boring to that reader? What would have made her more appealing? That information would give everyone something to think about, and might lead to new insights about Christie’s characterization or her writing as a whole.) Hopefully, the forum will be more than just an opportunity for venting personal bias.

In this regard, posts to the forum should always be civil—respectful and courteous. While spirited, thought-provoking, and (hopefully) good-humored, they should not be gossipy, flaming, or mean-spirited. Expressions of racism, sexism, homophobia, or other types of bigotry will not be allowed. Nuff said.

Writers may wish to present brief sample passages of new work to solicit participants’ comments and feedback. Readers may wish to make, on various topics, critical statements which might subsequently see formal publication elsewhere. In any case, contributors should always assert their ownership of the material by including copyright notice with the posting: © Jane Doe, 2009. And they should be aware that once something is posted on the Internet for the world to see, it has, in effect, been published and—given the nature of the World Wide Web—has passed from their control.

This forum is not to be conceived as a writers’ workshop, where authors share their work for colleagues’ formal critiques and suggestions for improvement. There are many writing groups available for that. Nor is Vergil going to critique or edit people’s writing. Writers must become their own best editors. Here participants are on their own and must take responsibility for what they post. If quotations from published works by other authors are used in postings, fair use rules must be observed (brief quotations used for purposes of review, illustration, or education; and ascription must always be made to the author, title, and date (if relevant [as with specific editions]).

Although the mystery-writing forum is not primarily a vehicle for self-promotion, authors nonetheless should feel free to promote their books here so that interested participants can be made aware of them and gain access to them. This information may be in the form of notice in the author’s signature-line, or it may be presented in a separate posting with brief description, signed blurb or succinct quote from a review, the book’s price, and where it may be obtained. Within these uniform guidelines, it’s perfectly appropriate that mystery-writing should provide an opportunity for authors to promote their works to a specialized audience who might indeed be interested.

This forum is launched as an experiment. I’ll see what the response is and how things go, and decide, after a reasonable space, whether it should be continued. Please participate. Don’t be bashful and feel you have to lurk; none of us would be here if we didn’t love mysteries. Let’s share that love and have fun doing it. Come now: “the game’s afoot.”